Merging datasets is a new feature that lets you combine multiple datasets from different forms into a single dataset. When datasets are merged, data from 2+ parent datasets are combined and the child merged dataset gets updated whenever changes occur in the parent datasets. Viewing data in merged datasets is similar to other datasets, allowing you to view the data in tables and maps, create graphs and charts, and integrate with Ona Apps.

Suppose your organization collects information from refugee camps in countries such as Kenya, Tanzania and Rwanda. You have been collecting this information for months using similar, but different, forms to account for different timelines, program goals and local needs. Merging the datasets from the three countries provides the ability to analyze the common data as a whole and compare country outcomes against one another.

Step 1: Review fields on the datasets you want to merge 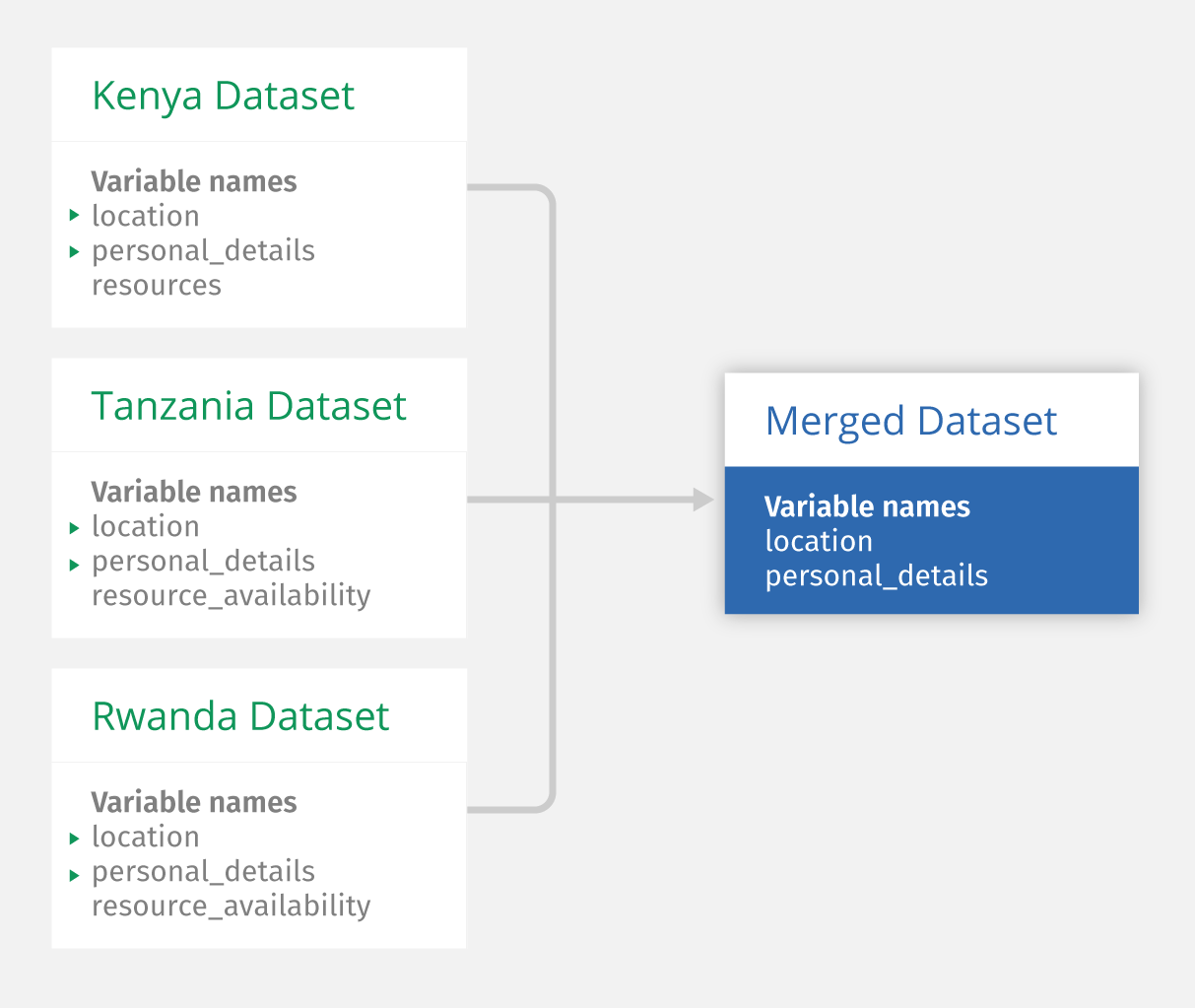 The flowchart above shows how merging datasets works. In this example, three datasets expected to be merged have two matching variable names, personal_details and location. The data from these fields will be pulled from the forms and combined into the merged dataset. Since resources and resource_availability are not fields in all datasets, they are not included in the merged dataset.

Once you have selected the forms to be merged, the next page will display the matching variable names, location and personal_details, as highlighted in the image below that the selected forms share:

Click on the Next button on the bottom right of the page and save your dataset.

You can view the merged dataset on the table and map views and create charts to perform a statistical analysis for your data. As individual datasets collected separately, it was difficult to compare the datasets from Kenya, Tanzania and Rwanda. Once merged, it’s easy to view them in one dataset, comparing country to country or looking at data for the entire region. The map below of the merged dataset shows geopoints collected for refugee camps in all three countries. 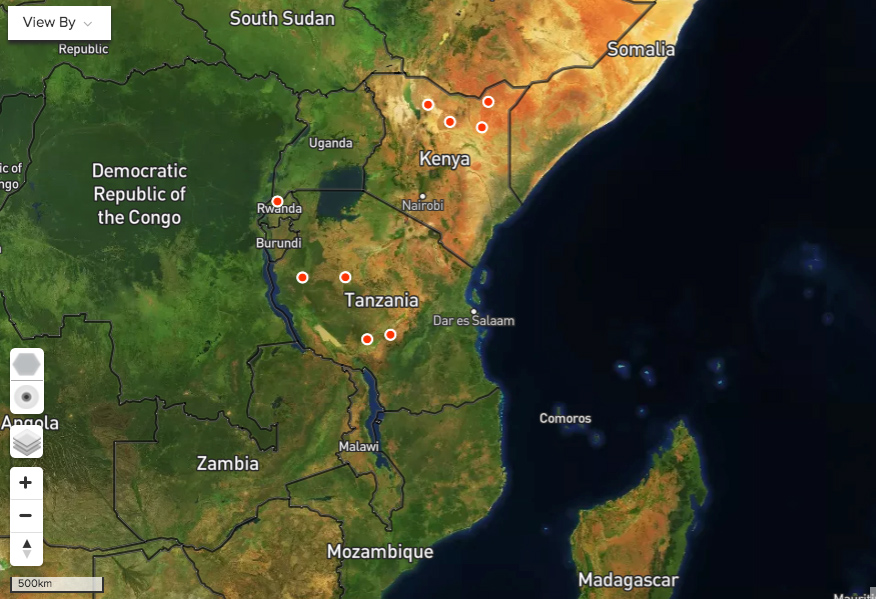 We encourage you to experiment with this new feature today. For more detail, follow our merged dataset help guide.