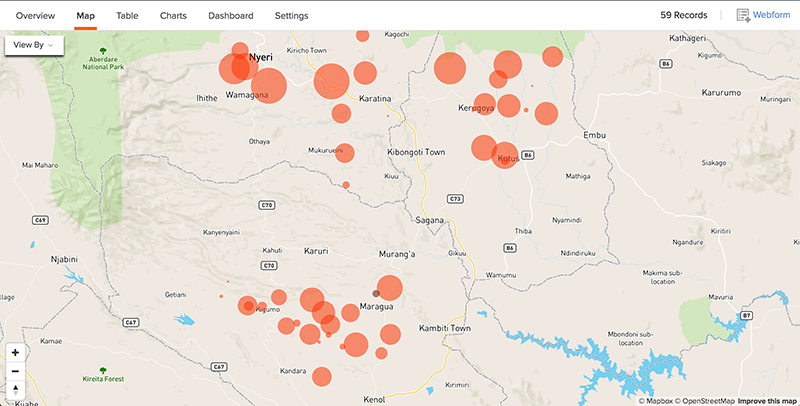 One of the key items on the Ona road map this year is to improve our map view. We are happy to announce that Ona will soon be introducing a new way to visualize maps by enabling support for vector tile maps. Here is a sneak peek at what this will change on Ona maps.

What to expect with the switch to Vector tile maps?

Vector maps represent the latest advancement in web mapping where data is sent to the device and rendered in real-time allowing us to create visually stunning and richly interactive experiences. Vector maps are roughly one-fourth the size of the prior web mapping technology used on Ona. This translates to a few key benefits for Ona users:

Since Mapbox GL already supports the current Ona visualizations, we are using the same technology to render interactive maps from vector tiles. Keep up to date with upcoming releases on Release Notes.